Template Motion on the Nationality and Borders Bill 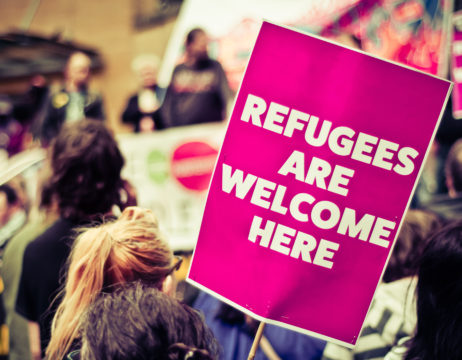 Our colleagues at Asylum Matters have produced a template motion for Local Authorities wishing to express opposition to the Bill.

Motion on the Nationality and Borders Bill

(i) <Local Authority> is proud of our history of welcoming people seeking safety in <local area>;

(ii) there are significant problems with the UK asylum system that affect people in <local area>, including a record backlog of cases awaiting a decision, an effective ban on working, and enforced poverty and homelessness;

(iii) the Government’s Nationality and Borders Bill does not address these issues, and will instead create a two-tier system, penalising people seeking safety based on the journeys they make;

(iv) people seeking sanctuary, including Afghan refugees, who reach the UK via unofficial routes will be criminalised and threatened with deportation under this Bill;

(v) the Bill will create longer backlogs, warehouse people in large accommodation centres, and leave many refugees with a temporary and precarious status;

(vi) the Government’s proposals have been condemned by organisations in <local area>, the Welsh Government, the leaders of Glasgow, Newcastle, Sheffield, Birmingham and Bristol City Councils, and the United Nations Refugee Agency;

(i) this Bill is effectively an ‘anti-refugee’ Bill and undermines the right to seek safety;

(ii) this Bill will lead to greater poverty and homelessness in <local area> and will undermine people’s ability to rebuild their lives;

(iii) the UK should uphold our obligations in international law and our responsibilities as a global nation;

(iv) the UK needs an asylum system that empowers people seeking safety to rebuild their lives and enables communities to welcome them;

(i) call on the UK Government to throw out the Nationality and Borders Bill;

(ii) call on the UK Government to work with Local Authorities and communities to build a fairer and more effective asylum system.